At the end of Feburary the BBC One Show was in Ramsgate to film a short piece on the Ramsgate Kingfisher pair that live in the harbour over the Winter months.

Wildlife cameraman Richard Taylor-Jones had done a film for BBC Springwatch 2 years ago on a Winter Walk from Deal to Ramsgate and the highlight was to get some footage of the Kingfisher. We spent 4 days trying to film it. On the last day we got the footage we were after but at the cost of losing Richards Go-Pro camera as the tide caught us out.

Since that time I had gotten to know the pair of Kingfishers movements and had managed to capture some very nice footage.

The idea of the One Show piece was to revisit the area and see if I could get Richard a bit closer to the Kingfisher as it is a very shy bird.

This time we attached another Go-Pro to an iron harbour ring that I had seen the Kingfisher use briefly a few days earlier. It was a very long shot but as it turned out was a very fortunate decision as much to my surprise I looked over to the ring to see the Kingfisher had perched on it just below the camera. A very unexpected success that took some of the pressure off having to find the bird. We later managed to get a shot of the Kingfisher returning to its perch with a large fish and quickly swallowing it whole. All in all a successful day filming a very elusive bird.

We are a very fortunate to have these beautiful birds spending six months of the year feeding and sheltering in Ramsgate Royal Harbour.

The short film is due to be aired on the BBC One Show on Tuesday 21st March 2017.

UPDATE: The short film starts at 23.50 mins in on BBC iPlayer click here .

Keep an eye out for one of our Ramsgate residents appearing in a short film on BBC Winterwatch starting on Tues 28th – 31st Jan 2020. Wildlife cameraman…

Wildlife filmmaker Richard Taylor-Jones has been filming the huge influx of Cormorants we have seen this Winter off the Ramsgate coast. Richard described it as a “British wildlife…

This year, Ramsgate independent businesses are putting on quite a few events for your delight, spanning over a number of days, spreading the fear of ghosts, witches and… 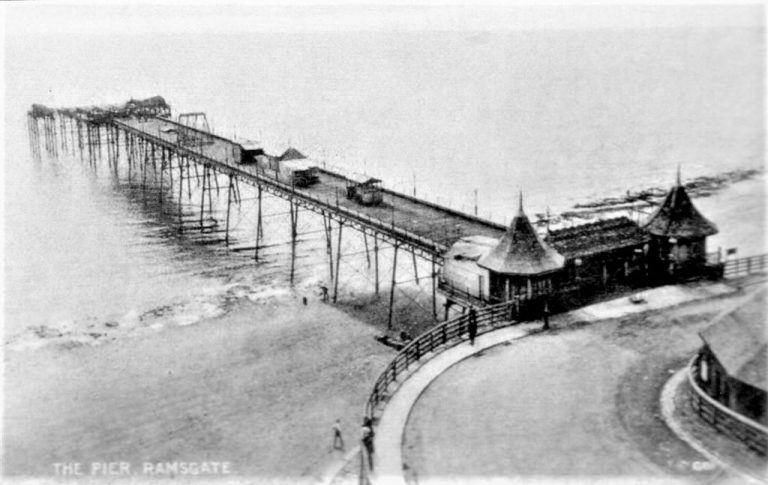 Did you know that Ramsgate once had a traditional pier? Although there is currently a concrete part of the Harbour called the East Pier, there was a time…

PADDLEBOARDING COMES TO RAMSGATE MAIN SANDS WITH LAUNCH OF NEW BEACH CONCESSION, LESSONS AND SAFARI EXPERIENCES Active Ramsgate is thrilled to announce the launch of a new paddleboarding…

Ahead of the release of the new Ramsgate Trail, we asked the Quiz Trail team to tell us a bit about themselves and find out more about their…