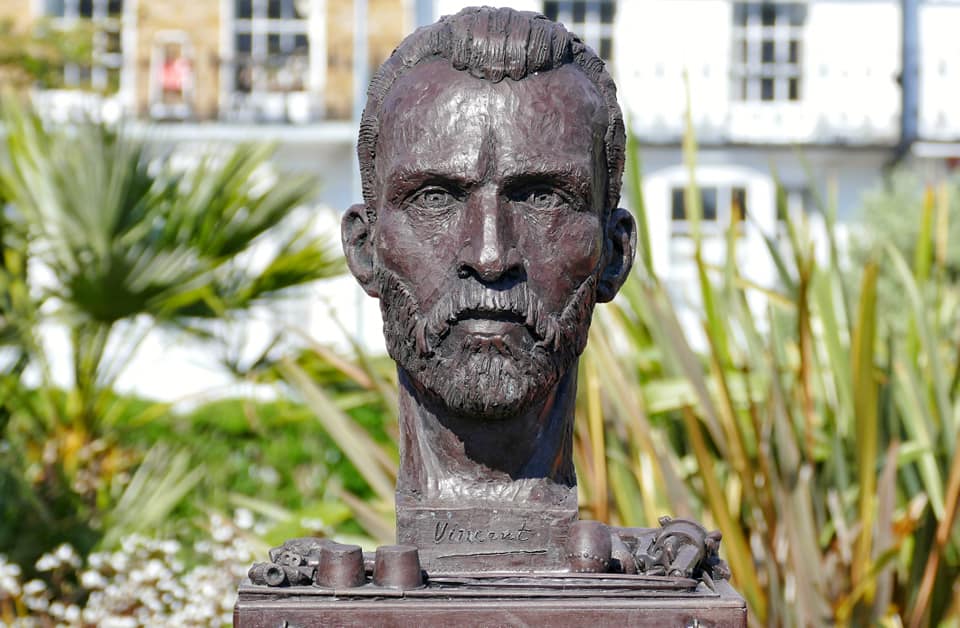 Ramsgate is getting Van Gogh ready for the summer season!   A group of artists, enthusiasts and volunteers are working towards a series of events and projects to commemorate Vincent van Gogh’s happy summer in Ramsgate back in 1876 where he taught at a boy’s school in Spencer Square.

Working with Ramsgate Society, Ramsgate Town Team, Friends of Spencer Square and Arts in Ramsgate Hub and a host of other Ramsgate lovelies, we are kicking off the Vincent in Ramsgate season with a special unveiling of Anthony Padgett’s bust of Vincent van Gogh on 15th June at Spencer Square.  Renowned sculptor, Anthony Padgett made seven Van Gogh busts and gifted them to towns around Europe where Van Gogh’s story was made and we are very excited to be presented with the ‘Bronze Finish’ version.  You can find out where the rest of the sculptures have been located and what each one is finished with by clicking here.  The unveiling will take place from midday to 1pm at Spencer Square and will be followed by an afternoon of art, music and celebrations to mark the occasion. Friends of Spencer Square will continue the festivities until 7.30pm to raise funds for the upkeep of the public gardens which they help to maintain.

Ramsgate International Film & TV Festival will be taking place from June 13th -16th which will ALSO include a screening of ‘Loving Vincent’ on 15th at The Falstaff Hotel in Addington Street
from 6-7.30pm.  Later on in the year, Sylvie Bolioli, the founder of Ramsgate’s Film Fest will be working with us to produce a short film on Vincent in Ramsgate.

Also in June, an information board will be installed in Spencer Square to complement the newly erected bust.  Later on in the year, we will be creating a Van Gogh walking trail leaflet which will start in Spencer Square where he lived and worked.   Once completed, the leaflets will be kept at Spencer Square and various locations around town including the Visitor Information Centre in Harbour Parade.

There are already art workshops going on around Thanet which will support this project along with a series of free art events happening at Arts in Ramsgate hub in Harbour Street where, using Vincent’s letters to his brother Theo, local artists and enthusiasts will be recreating scenes he describes in Ramsgate in the Van Gogh style!   The best of these images will be exhibited at Churchill Tavern formerly named the Van Gogh pub back in the sixties (they will ‘adopt’ the name especially for this summer!).  There will be an opportunity to purchase the artwork with a percentage of profits going to a local art therapy charity and mental health charity.   Art workshops will take place throughout August at AiR Hub every Wednesday 10-1pm and Sunday 11-2pm (donations welcome but free to book!) and we will be posting how to book a place soon on Visit Ramsgate facebook and twitter pages.

The artwork produced will be exhibited in September at Churchill Tavern, The Paragon with profits going to a local mental health charity and art therapy centre.   The Churchill Tavern formerly known as The is playing along with us this summer and has kindly offered space in the back part of the pub where you will find a ‘Van Gogh’ straw chair and various props for Van Gogh selfies!  Post them up with #vincentinramsgate and follow our various pages on instagram, facebook and twitter.

We will also be producing a book on Vincent in Ramsgate which will be available from local bookshops, selected independent shops and the Visitor Information Centre.  All profits will be donated to a local art therapy centre.   The short film will be produced towards the end of the season and I will be able to give more details in the autumn and let you know when and where the screening will be!

We have also teamed up with the Monkton Stargazers who have kindly agreed to host a Whirlpool Galaxy evening (it is widely believed that Vincent was inspired by the discovery of the Whirpool Galaxy discovery when he painted his Starry Night composition).   At the Monkton Observatory, you will get the chance to see Perseid meteor shower, the whirlpool galaxy and other constellations!  We will also have some local Van Gogh interpretations on display for your delight!  The event is scheduled for 12th or 13th August starting at 9pm.

To keep up to with the Van Gogh summer events and workshops, remember to follow #vincentinramsgate on the various social media platforms along with Visit Ramsgate and look out for Jim McGarry’s fab logo of Vincent in Ramsgate!  Post up your VG selfies and maybe even the odd sunflower or two that you might spot around Ramsgate!

Thank you to Frank Leppard for the images of Van Gogh sculpture and his home in Ramsgate. 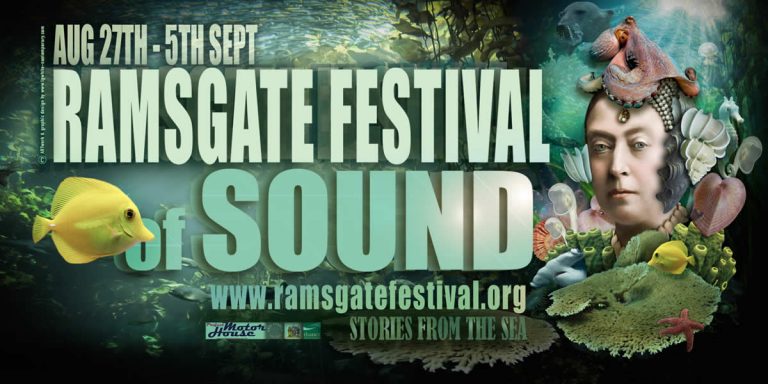 With less than a week to go before the fabulous Festival of Sound make their entrance with a Screaming Alley Cabaret at the newly restored Ellington Park, the…

The award winning Ramsgate Town Council tourism initiative, Active Ramsgate, has just launched Active8 Week – a one week celebration in September of all things active in Ramsgate – with…

Progressive folk trio,Tondo, are performing at the Sailors Church in Ramsgate Harbour on Saturday the 16th of February. TONDO is the collaboration of three musician friends and their…