The Royal Harbour of Ramsgate in Thanet, Kent is a picturesque jumble of boats, buildings and arches. After enjoying the panorama from Military Road above the harbour I walked down Jacobs Ladder to the water’s edge. Jacobs Ladder was built by John Shaw in 1826 to replace the original wooden staircase that was built around 1750. John Shaw was responsible for building most of the harbour including the lighthouse and the obelisk. The latter was dedicated to George IV for making Ramsgate a Royal harbour after he visited the town in 1821. He visited the town several times and was impressed by the hospitality he received there. The steps of Jacobs Ladder emerge by the Sailors’ Church which is next to the old home of the Smack Boys. Both reflect the sea-faring heritage of the town. Smack boys were the apprentices on the fishing smacks and Ramsgate was unique in its provision of its home to care for them. Later this building was used to care for rescued sailors, mostly from ships that went down on the Goodwin Sands. During the First World War it was used to look after survivors of the war. Today the church is open to the public and holds services during the summer months

Attracted by a building with a clock tower I made my way across the harbour. This building, I discovered, is the Clock House and was built during the early nineteenth century by some of the most famous civil engineers and architects at the time. This iconic Clock House had its own particular Mean Time as it was the last clock sailors would see before leaving the harbour. This Mean Time is 5 minutes and 41 seconds ahead of Greenwich which became the official mean time. The Clock House became the home of the Maritime Museum which re-opened in 2012 after being closed for several years. Now under the auspices of the Steam Museum Trust the museum houses an interesting collection of items recalling the history of the town and harbour and exhibits collected from a ship that sank on the Goodwin Sands during the Great Storm of 1703.

The quay outside the building is where the magnificent old steam tug, Cervia is moored. It is currently undergoing restoration and I was lucky to find Michael Houckham working on board. He invited me to join him and took me on a tour of the boat. Michael is an expert as he was a member of the crew of this tug when it served as a tug on the Thames Estuary. As the need for tugs on the Thames diminished due to new marine technology Cervia moved on to work commercially in coastal waters before being abandoned in Ramsgate harbour. The history of Cervia and plans for the future are well-documented on Michael’s website which makes very interesting reading.

After devouring the maritime history of Ramsgate I was ready for a break so I headed for Corby’s Tea Rooms a delightfully old-fashioned cafe run by Len and Pat that offers home-made pies and cakes. It was a difficult choice to make but finally I settled for the home-made sausage pie filled with tasty sausage meat from a local butcher. The café is a favourite with the locals and refreshingly lacking the trimmings of technology even though it means payment has to be in cash.

My next stop was the Micro Museum a personal project of Mike and Carol Deer. This museum traces the history of calculators, computers and computer games. It features a large collection put together by its owners over the years and now displayed in cabinets with information boards on the walls. Having only ever indulged in long sessions trying to build walls with Tetris I was amazed at the variety of computer games and their evolution over the years. I would have loved to have had a go in the Sinclair C5 but sadly it was suffering from a flat tyre and out of service.

My accommodation that night was the delightfully quaint Royal Harbour Hotel and I enjoyed a splendid dinner in their Empire Room Restaurant – the ‘empire’ of local chef Craig Mather a keen promoter of local produce. This hotel occupies three Georgian houses in a beautifully preserved crescent of the same era. Ramsgate is second only to London for its Georgian and Victorian buildings. The owner, James Thomas has gone to a lot of trouble to create a comfortable and unique ambience and nothing is too much trouble for David, the manager. The hotel faces the Royal Harbour and has several snug sitting rooms that look out to sea. After an excellent breakfast I was ready to continue my exploration of Ramsgate.

The next morning, I booked a tour of the Ramsgate Tunnels. After watching a short film, we collected helmets and torches and made our way into the tunnels. We started in the old railway tunnel before exploring the tunnels hewn out of the chalk cliffs of Ramsgate. Theses tunnels could shelter 60,000 people. It was thanks to the perseverance of Mayor Alderman ABC Kempe, the ‘Top Hat Mayor’ that the tunnels were built. They led off the railway tunnel whose operations were suspended during the wall. People who had lost their homes in the war were able to set up home in tents in the railway tunnel. The other tunnels were used only as air raid shelters. Bunk beds were placed along one side of these tunnels but bedding had to be carried to and fro as the condensation in the tunnels was so bad it soon become too damp to use. Space was limited as the other side of the tunnel had to be kept clear to allow free movement through the tunnels. There were chemical toilets at regular intervals and ‘comfort’ stations where grazed knees could be bandaged and tears dried up. The tunnels were lit but not very well and when the lights failed torches were the only source of light. Walking through the tunnels was a unique experience.

At the other end of the sea-front I explored another aspect of Ramsgate, its religious significance. The renowned Gothic revival architect Augustus Welby Northmore Pugin chose to live in Ramsgate where he built a family home, the Grange, and a church. A keen convert to the Catholicism he was hoping to head a revival of this religion in England. Both buildings have been renovated and now welcome visitors. The Catholic church, dedicated to Saint Augustine, houses the shrine of this saint and is the focus for organised pilgrimages.

And Gill and David in the tunnels.

The Royal Victoria Pavilion, a grade 2 listed building is currently being renovated and should be re-opened in the summer of 2017. Several small museums and attractions are welcoming visitors thanks to the efforts of enthusiastic volunteers and previously run-down areas are being re-generated by the occupation of small businesses, restaurants and cafés. The Arches on the Royal Harbour are a good example of this re-generation.

Getting There
Ramsgate is within easy reach of London thanks to a high speed train service from St Pancras station in London (75 minutes).  Access by road is also very good.

Ramsgate is always a lovely place to be but in December, it becomes truly magical! Once the Christmas tree and lights are switched on in late November, the…

As we approach the summer season, Active Ramsgate has produced an A5 flyer so that our visitors can make the most of the activities we have to offer…

As we find ourselves in the midst of another lockdown with a distinct possibility of it being extended, I wanted to spread the word about many of our…

St Augustine’s in Ramsgate is the destination for a week-long walking pilgrimage called the Augustine Camino and it is attracting people from all over the world.  Pilgrims from the US, Australia, New Zealand, Switzerland, Spain and Malta have all walked from Rochester Cathedral to Ramsgate to visit the Shrine of St Augustine and National Pugin Centre. 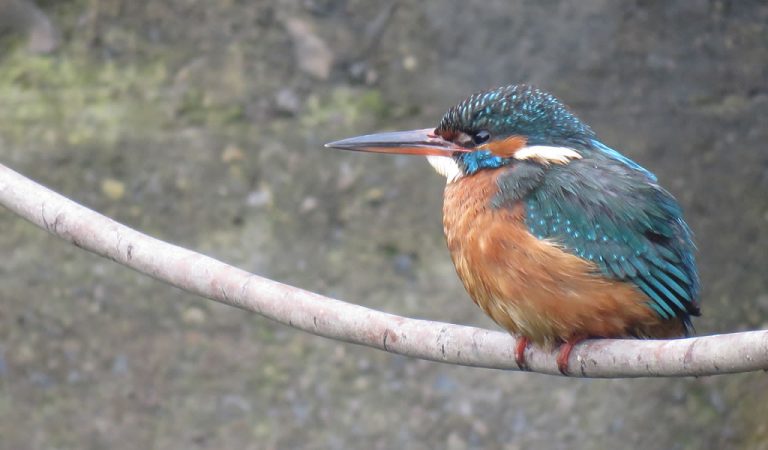 We’ve had some lovely warm and sunny days right into Autumn this year. Bird migration is already underway with Wheatear and Whinchat appearing along the coast and cliff…